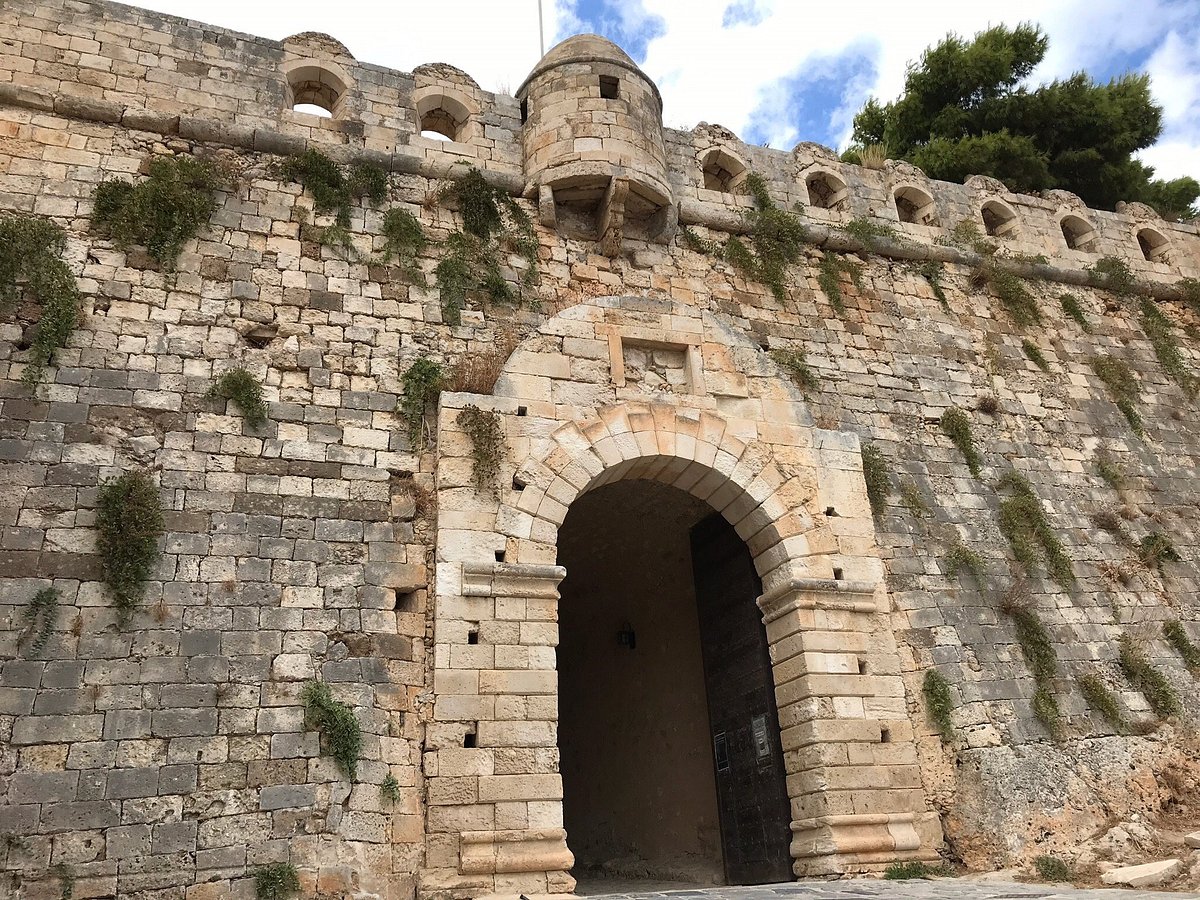 The Fortezza is built on a hill called Paleokastro (meaning “Old Castle”), which was the site of ancient Rhithymna’s acropolis.
It was built between 1573-1580 by the Venetians in order to protect the citizens from the Turkish threat. It is shaped like a star, it has three gates and six ramparts. The temple of Saint Nicolo has been turned into the mosque of Sultan Ibraim Han. There was the building of the Commander, the building of the Counselor, army camps, stables, ammunition depots, a water supply reservoir and some houses that were later destroyed.