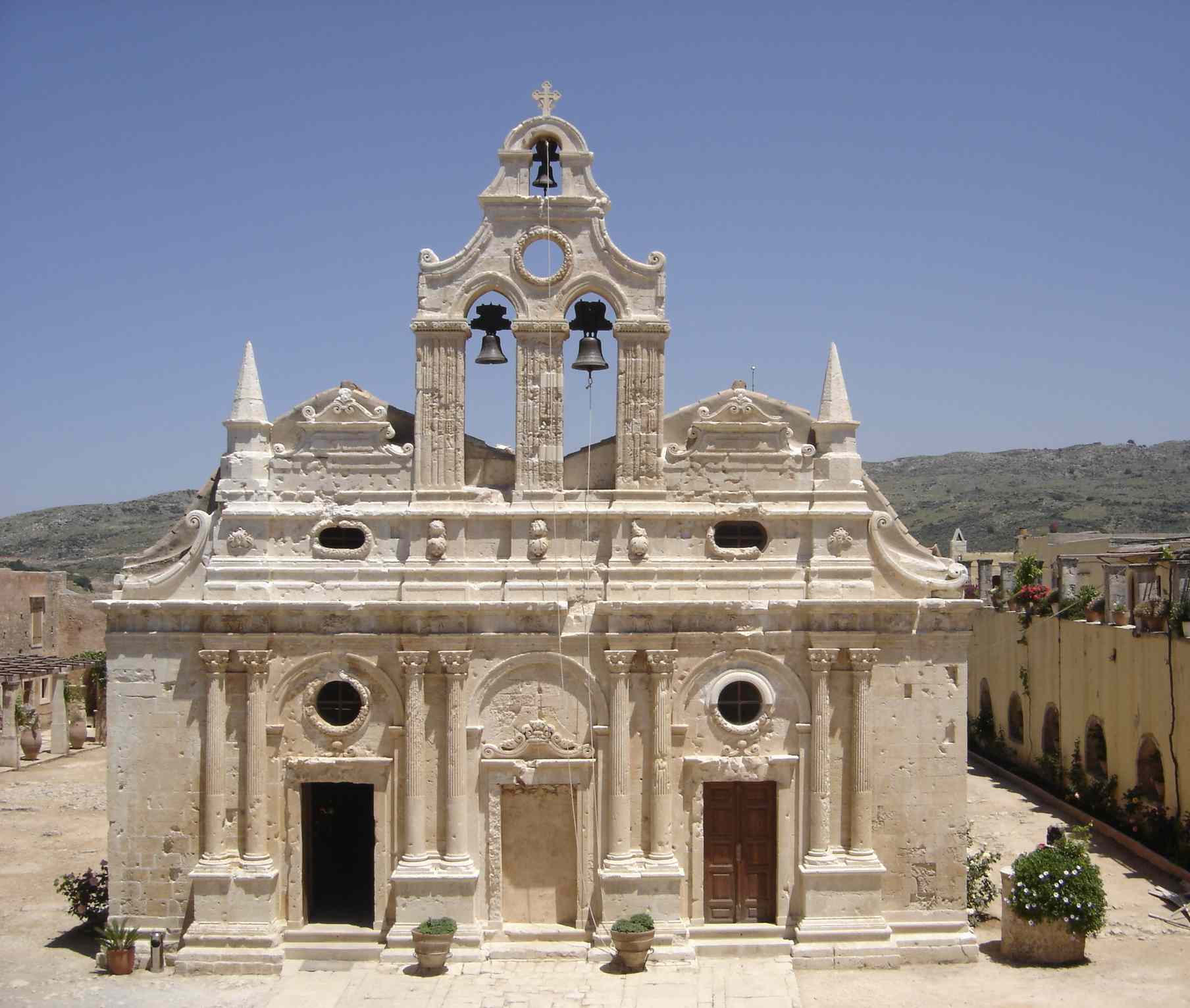 The Arkadi Monastery is an Eastern Orthodox monastery, situated 25 km southeast of Rethymno, on a rectangular plateau on the northwest side of Mount Ida. The Arkadian region is fertile and has vineyards, olive groves and pine, oak and Cyprus forests.
The monastery played an active role in the Cretan resistance of Ottoman rule during the Cretan revolt of 1866. 943 Greeks, mostly women and children, sought refuge in the monastery.
After three days of battle and under orders from the hegumen (abbot) of the monastery, the Cretans blew up barrels of gunpowder, choosing to sacrifice themselves rather than surrender.